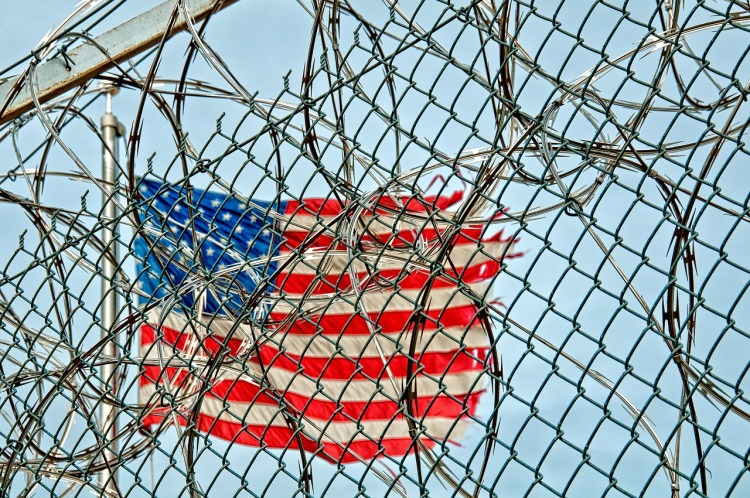 I’m getting out today. I’ve made it through the programme and into the record books: the first man to have served Idaho’s new 80-year life sentence in nine. Don’t get me wrong, I don’t want to be remembered for this. But I’m only 29. I’ve still got time.

Everyone always asks what’s it like? So I’ll be straight up now. Get it out of the way. It’s like eighty years has gone, but I don’t feel eighty. People don’t get that. You won’t either. It’s like slow-motion – a crawl, like being under water but not at the same time. Every day feels like a week, but without being able to sleep half of it away.

To other inmates I’ll ham it up, the suffering like. People want to hear that it’s painful, hard, a huge mind-fuck, especially if they’re not on the programme. The old-timers; they didn’t get the choice like I did. Though there aint much choice between eighty years and ten. It’s a no brainer.

But I’ve spent every one of those messed-up days, all 29,200 of them, staring at the mountains, thinking about this moment, because there’s a load of people outside right now fit to be tied. There are placards and shouting. The usual hatred of humanity loaded and fired at me.

You’ll be fine Timmy, everyone said. You betcha. They chose you first ‘cause people will be more sympathetic.

You see, I’m serving first degree murder for a felony. Darius, my bud, was shot by the owner of a house we were raiding. We needed a bit of cash, the house was empty, or so we thought, and ‘though we didn’t have a gun or nothing, Darius got shot and died at my side, and I’m serving time because it wouldn’t have happened if I wasn’t party to it. The judge threw the book at me. I felt guilty for about 65 years. Then I didn’t.

I’ll bet that half of them out there don’t even know what I’m in for. But it doesn’t matter. They don’t think I’ve been punished. None of ‘em think I should be allowed to live a full life after taking someone else’s. They don’t care about rehabilitation, suicide rates, hope for insiders. They don’t think feeling a life sentence is enough. They need a life for a life. There aren’t enough eyes to take, or blood to spill. It’s not justice they all want, its revenge. And it aint revenge for Darius, its revenge for people I’ve never even met.

And that’s the only word I can think about as I get closer: revenge, revenge, revenge. And it ticks down the time that’s shrinking back to normal as I walk through the corridors. The minutes pull back together like a snapped elastic waistband. The front desk gives me a hundred dollars and a clear plastic bag with my stuff in it: a packet of chewing gum, clothes, and my watch that’s stopped. I don’t like the t-shirt and pants anymore, but they’re all I’ve got to wear. I unwrap a piece of gum and chew it, but it’s soft. I strap on the watch too, more for me than for time keeping. It’s hard to stop counting down even when time has stopped.

“Are you ready?” said Jim, the guard, not the insider-Jim who plucks out his eyelashes.

I nod and he walks ahead of me through the front doors, yacking away about something. I hear the roar of voices first. They’re all behind the chain-links and razor wire. All the dogs seem to have gone in except for Bongo the Rottweiler. He’s on a leash, barking like a hellhound. I can feel the towers watching, the mob, the television crews, and even the Sawtooth mountains are sitting up. I walk towards the car that’s waiting to take me away from the front line, but something hits me in the stomach. My mind drifts up like smoke. There’s a fog of cheers and screams. People are running, and blood is seeping down my crappy t-shirt.

And all I can think is: man, somebody has good aim.

I fall like an avalanche, grabbing hold of the hood of the car. But I want to see the mountains one last time: the ones serving eternity, the ones who counted down with me. So I push myself around and tumble into the dust, but there they are – the jaw, the green gums, the snow stuck in its teeth, the grimace it’s holding for me. I can hear Jim and I can’t. His hands push into my stomach but I feel nothing. I look at my watch to count down the seconds, forgetting that it’s stopped, and I wait with the mountains, and they see it too, the second hand – it moves.

Got something to say? Cancel reply

This site uses Akismet to reduce spam. Learn how your comment data is processed.